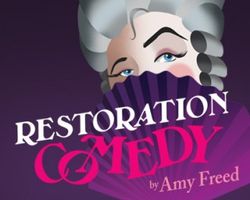 “...keep them laughing, wolf-whistling and hooting with delight...” - New York Times Unfaithful husband Loveless, who has been roaming the world on a hedonistic binge, learns of his wife’s death in London and decides it’s now safe to return to his stomping grounds. However, his wife, Amanda, turns out to be not the least bit dead, and she promptly tries to woo back her prodigal husband by learning the “art of lewdness.” Wicked wit, irresistible intrigue and fabulous fashion combine through a dizzying kaleidoscope of Restoration characters, all chasing the joys of love. Patrons under the age of 13 will not be admitted, including babes in arms. Williams Theatre February 7, 8: 7:30pm February 13, 14, 15: 7:30pm February 16: 2:00pm