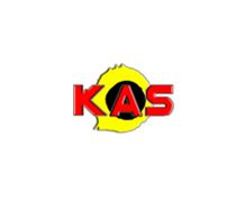 KAS to Feature Nobel Prize Laureate Dr. John C. Mather at its June 4th Meeting The Kalamazoo Astronomical Society (KAS) is pleased to announce that Dr. John C. Mather will present Cosmic Instability: How a Smooth Early Universe Grew into Everyone You Know at its general meeting on Friday, June 4th at 7:00 pm EDT. The meeting will be held on Zoom and live streamed on the KAS YouTube Channel. Admission is free, but registration for Zoom is required. Dr. Mather is a Senior Astrophysicist in the Observational Cosmology Laboratory located at NASA's Goddard Space Flight Center in Greenbelt, Maryland. He is also the Senior Project Scientist on the James Webb Space Telescope, scheduled to launch on October 31, 2021. As Senior Project Scientist (1995-present), Dr. Mather leads the science team and represents scientific interests within the project management. Dr. Mather’s research centers on infrared astronomy, cosmology, and the development of new instruments for exploring the universe. He was the Project Scientist and a Principal Investigator for the Cosmic Background Explorer Satellite (COBE) — with which the left-over radiation from the Big Bang was measured precisely for the first time. He has received numerous awards, including the Nobel Prize in Physics with George Smoot (2006). Time magazine named Dr. Mather on its 100 Most Influential People in the World list in 2007 and as one of 25 most influential people in space in a special issue on New Space Discoveries in October 2012. Below is the abstract for Dr. Mather’s June 4th presentation Cosmic Instability: How a Smooth Early Universe Grew into Everyone You Know: Gravity made stars, stars made heavy elements, gravity and chemistry made planets, geology and biology made people, and people made telescopes. What we would like to know is how hard it all was, and could it happen elsewhere. The James Webb Space Telescope, planned for launch in October 2021, will extend the discoveries of the Hubble with a much bigger mirror, cooled to low temperatures so it can observe infrared radiation. It will have detectors capable of observing a bumblebee at the distance of the Moon! Dr. Mather will show the telescope, describe its capabilities, and discuss what it might find. We expect to see the history of the universe laid out before us, from the first luminous objects to our local neighborhood, and to answer questions like: How did the galaxies and black holes first form and grow? Are there Earth-like planets out there? How can we tell if they harbor life? For more details and to register, visit the Kalamazoo Astronomical Society’s website at kasonline.org.