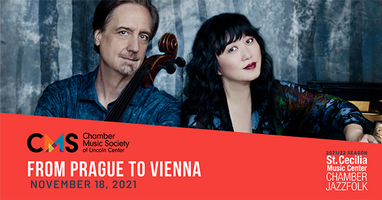 This concert celebrates friendship and family with three composers who mentored and inspired each other. Brahms discovered Dvořák through a composition competition, helped him rise to international stardom, and became his lifelong friend and mentor. In turn, Suk was one of Dvořák’s favorite students and eventually became his son-in-law. Suk’s piano quartet holds a special place in their relationship: it was the first piece that made Dvořák fall in love with his talent. Dvořák was also a devoted family man, and he saved his 100th opus number for a special work for his children. The program ends with the young Brahms’s first piano quartet, which changed music history with its rousing gypsy ending.