Even without evidence, the "Big Lie" lives on with Kalamazoo County GOP

Federal judges across the country rejected claims of widespread vote fraud during the 2020 election. However, the Kalamazoo County Republican Party continues to embrace election conspiracy theories.

Lando says Kalamazoo County Republican Party chair Tony Lorentz admits there’s no evidence to back up the claims of wide spread voter fraud. But that isn’t stopping the local Republican Party from continuing to spread the “Big Lie.”

“These facts are not accepted as facts by the Kalamazoo, by the Michigan, and by the national leadership”

“Because it’s based on very unstable grounding that means that everything that comes from that is going to be unstable and the facts don’t really…don’t really matter.”

According to Now Kalamazoo about 70 people attended the Kalamazoo County Republican party’s event in Portage. 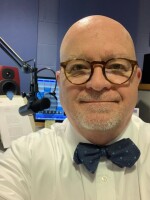