Les Misérables may leave you saying "I need my space"

If some producer had approached you in the early 1980s and asked you to invest in a lavish stage musical based on a Victor Hugo novel full of death and despair, persecution and prostitution, there's probably an excellent chance you might have given them a very cold shoulder. But how could you have had any way of knowing that Les Misérables would turn into one of theater's most astonishing success stories? It is estimated that over 60 million people have seen the show in one form or another.

Needless to say, this raises the expectation for director Tom Hooper's film. Hooper won the Academy Award two years ago for directing The King's Speech, the story of King George VI and his battle with stuttering.

That small-scale drama is a far cry from the sweeping spectacle of "Les Miz," but surprisingly Hooper doesn't change his screen. Many directors feel compelled to amplify and expand everything, to go for that cast of thousands effect. That's precisely the opposite of what Hooper does with Les Misérables, which emphasizes intimacy and emotion. For the most part, the musical's stand-out solo numbers don't sound like rafter-rattling arias. They're much more like introspective monologues set to music.

Hooper made the decision to record the performances with the actors singing live on film instead of lip-synching to pre-recorded tracks. And the results are sometimes astonishing. As when Anne Hathaway as Fantine, the unfortunate single mother turned reluctant streetwalker, delivers an absolutely heart-shattering rendition of "I Dreamed a Dream."

Hathaway performs the song almost entirely in one sustained take, stunningly making the journey from a weepy whisper to pure dramatic thunder. Samantha Barks who plays the lovesick Eponine, works similar wonders with a splendid version of "On My Own." And the dashing Eddie Redmayne wrings every possible drop of poignancy out of "Empty Chairs and Empty Tables," the tormented ballad sund by activist Marius.

There are other cases, however, when the technique doesn't work as well. Hugh Jackman who play Jean Valjean, the ex-convict who turns his life around, has a larger-than-life personality and a tendency to belt out every line to the back row. In close proximity, those assests can be more than a little overwhelming to both the eyes and the ears. Hooper's cozy camerawork also reveals Jackman's anxiety every time he strains to hit those high notes, as he does in "Bring Him Home," which is supposed to be a signature number but seems more like the vocal equivalent of a weight-lifting competition here. Jackman has a much easier time with "Valjean's Soliloquy" and the lilting lullaby "Suddenly," a new song from composer Claude-Michel Schönberg with lyricists Alain Boublil and Herbert Kretzmer.

And what of the singing ability of Russell Crowe who has been cast as the obsessive Inspector Javert, who keeps looking for opportunities to send Jean Valjean back to prison? Admittedly, his voice does not have the depth or forecfulness fo Jackman's, but that's not necessarily a problem. Javert is generally a monochromatic character who keeps his emotions on a short leash and Crowe's reined-in baritone is actually well-suited to the part.

The primary problem with Hooper's movie is that "Les Miz" has nearly a dozen solos. And with the exception of Crowe's numbers, most of them are shot in exactly the same style with the actor in a medium close-up and nothing going on in the background. Some of these are genuine show-stoppers, including "Castle on a Cloud" delicatly and beguilingly sung by 10-year-old Isabelle Allen as the young Cosette. But too many of these segments are also momentum-killers because everything must come to a complete halt for the duration of the song.

Set pieces like these make us really appreciate the few times Hooper permits a little humor or physicality to go along with the music, as in the rollicking "Master of the House," performed with goofy gusto by Sacha Baron Cohen and Helena Bonham Carter as the money-grubbing innkeepers.

Although Les Misérables occasionally leaves you with a tear in your or a burst of exhiliration, Hooper might have done well to study how director Alan Parker handled the 1996 film of Evita, another sung-through musical. Parker wasn't afraid to open up he material and step back a bit to find the bigger picture. Perhaps Hooper's concept is designed to make us appreciate the paranoia of the constatly hunted Jean Valjean, but it sometimes manages to make a very big musical feel slightly claustrophobic.

While Les Misérables has much to recommend it and some sublime moments of musical magic, it might also leave you saying "J'ai besoin de mon espace" or "I need my space." 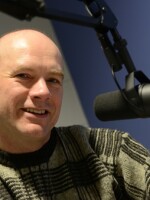